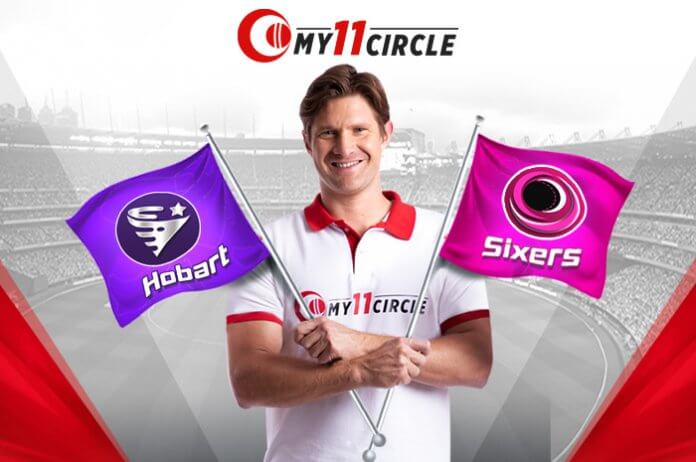 This will be the first match of the Australian T20 League at Traeger Park. The pitch is expected to produce an even contest between bat and ball.

So near, yet so far – that’s been the story of Hurricanes in the Australian T20 League.

The Hurricanes have ended up runners up twice in the tournament’s history despite boasting of a strong side. The trend continued in the 2018-19 season: they topped the points table but lost in the semi-final. That being said, they have the most destructive T20 players at their disposal.

On the other hand, the Sixers had a successful start to the season, beating the Scorchers by 8 wickets on Wednesday. Their collective bowling effort restricted the Scorchers to a mere 131 all out. To put things into perspective, the Hurricanes vs Sixers contest will be between the most devastating batting line-up versus the smartest bowling attack of the league.

In the previous season, both teams won a game each against each other.

D’Arcy Short and Matthew Wade finished at the top of the batting chart in the previous season, scoring a whopping 1,229 runs between them. In case this opening duo walks back early, they have the likes of David Miller and George Bailey in the middle-order to continue the onslaught. However, Wade will be busy with his national duties until the third week of January.

To everyone’s surprise, D’Arcy Short was exceptional with the ball as well, giving them the sixth bowling option. He ended up taking as many as 10 wickets.

Hurricane’s batting gets only better with James Faulkner coming down the order. He has a knack for using the long handle to devastating effect. In 199 T20s, he has scored 1,762 runs and taken 225 wickets.

Josh Philippe had it easy against the Scorchers, scoring 81 of 137 runs in a run chase. His knock included as many as 11 fours and 3 sixes.

In the bowling department, Tom Curran scalped the bulk of the wickets. He took 3 for 23, while Ben Dwarshuis and Ben Manenti ended up taking 2 wickets each.

Although James Vince did not have a promising start, he will remain the player to watch out for. He has been the top batsman in T20 cricket this year, shining at all levels and in leagues.