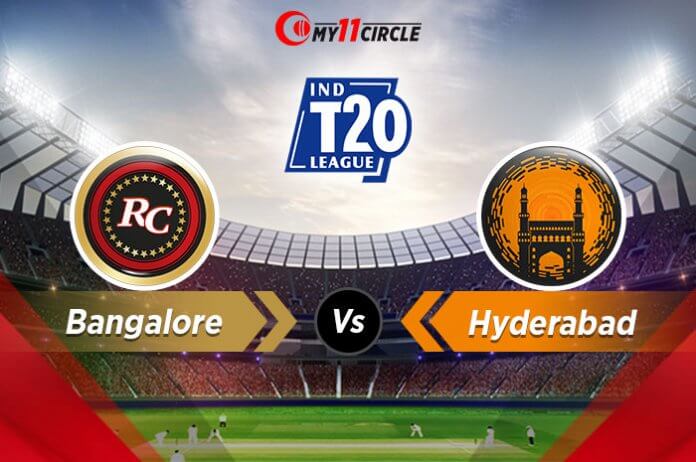 The chasing team has won the last four matches at Sharjah. Although the pitch has been friendly for batsmen, the pacers have been extracting enough swing at the start of the match. Select your teams likewise.

So brilliant has been Devdutt Padikkal that he has scored only 6 runs fewer than Virat Kohli (424 runs) and 78 runs more than AB de Villiers (339 runs). The fact that this is his first season makes matters more interesting. In the previous game against Hyderabad, he scored a fine half-century and laid a strong foundation for his team.

David Warner’s 66 against Delhi was the first time he played with full freedom this season. Given the race for playoffs has tightened up, his form will be crucial for Hyderabad’s success. With 436 runs, he is the third-highest run-scorer.

This game will be a battle between two talismanic leg-spinners: Yuzvendra Chahal and Rashid Khan. While Chahal has taken 18 wickets, Rashid has managed a wicket fewer in 12 matches. However, Rashid has a far superior economy of 5 RPO compared to Chahal’s 7.2.

Chris Morris has been instrumental with the ball, sniping up 11 wickets in a mere 7 games. Despite bowling at the death, his economy reads a mere 6.2 RPO.

Manish Pandey has been in terrific form, firing on all cylinders. His 354 runs have come at an average of 35.4.

Wriddhiman Saha‘s 87 against Delhi did not surprise many. He has scored a hundred in the final of the Indian T20 League, and can bat at any demanding strike rate. It’s about time he gets to consistently open the innings.

Kane Williamson has, in fact, performed well this season. He has scored 192 runs at an impressive average of 38.4 in 8 games.

Also, the finest fantasy tip to further narrow down your choices is to check the captain and vice-captain selection percentage.