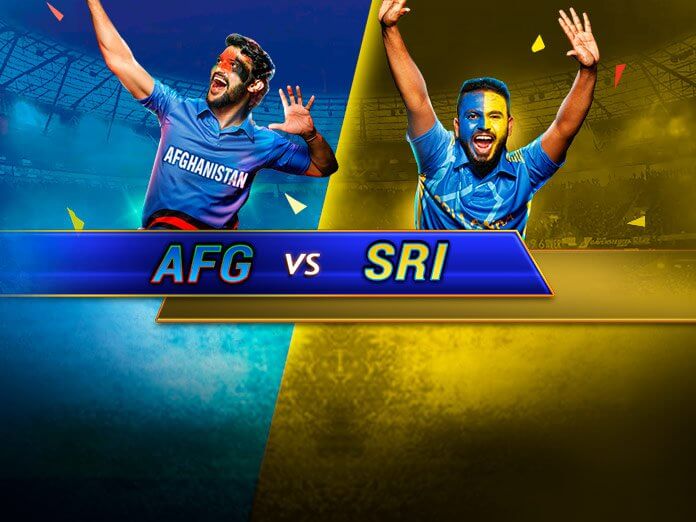 Rain is expected to play spoilsport, with the temperature hovering around 14 degrees celsius. Considering the conditions and D/L method, captains will be forced to bowl first. However, you never know what to expect when Afghanistan are playing. They like to attack and choosing to bat second isn’t their area of interest. Make sure to pick the best for your fantasy cricket team.

Had rain not been forecasted, it would have been safe to say that runs will come thick and fast despite the fact that the pitch is good to bat on. As is the case in England, when the dark clouds loom over, the ball moves unpredictably. Pacers will be licking their lips.

Who has the edge?

Afghanistan may have lost against Australia, but they put up a brave fight. They chose to bowl first when the conditions favoured the pacers, and as expected, there were staring down the barrel within two overs: their openers walked back without adding runs on the scorecard.

However, nothing, absolutely nothing hindered their aggression. Rahmat Shah steadied the ship with Hashmatullah Shahidi, and when these two were dismissed, captain Gulbadin Naib led from the front and added 83 runs with Najibullah Zadran, the only half-centurion from their innings. If anything, they were thoroughly entertaining on their way to 207 all out. It, nonetheless, would have been an icing on the cake had they not been bundled out in 38.2 overs. This is something they need to get better at. They have to bat through if they are to compete against the best.

Sri Lanka, on the other hand, have been out of sorts. They were outplayed by New Zealand in all the departments. Barring Karunaratne, no batsman looked confident against swing, and their bowling lacked teeth as New Zealand chased down 137 runs without losing a wicket.

In the context of the recent games, Afghanistan have the edge by all means.

It was a one-off failure for Mohammad Nabi against Australia. He scored a mere 7 runs in 22 balls and went wicketless in his 6 overs.

Rashid Khan took only one wicket, but it was his innings of 27 off 11 that pushed Afghanistan’s score past 200. Do not hesitate to make him the vice-captain of your fantasy team.

Although Rahmat Shah, Gulbadin Naib, and Najibullah Zadran were the only impressive batters, the likes of Mohammad Shahzad and Hazratullah Zazai will be itching to make amends. Both are capable of reducing any team to pulp on their day.

Given the conditions will slightly favour the pacers, Hamid Hasan, Suranga Lakmal, and Lasith Malinga will be in the thick of things.

Kusal Perera looked good until he lasted, but he needs to play longer innings. He will remain Sri Lanka’s key batsman this World Cup.