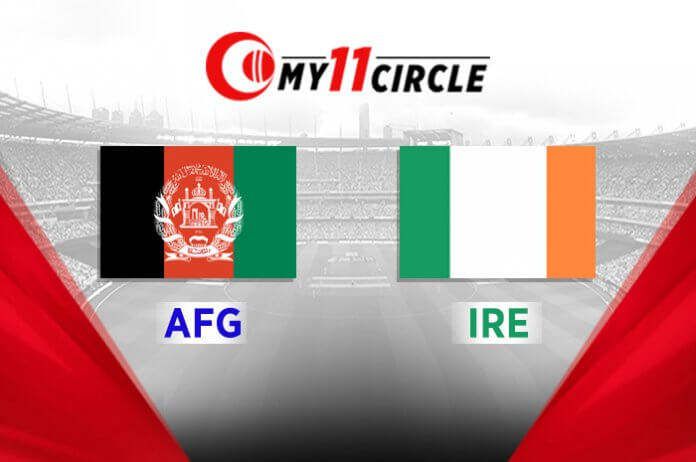 The pitch at Greater Noida is an absolute featherbed for the batsmen. In three T20Is played here, 200 runs have been breached twice and it happened in the same match: Ireland scored 205 all out in pursuit of Afghanistan’s massive target of 234 runs.

Paul Stirling is the highest run-scorer in T20Is between Ireland and Afghanistan. He has blasted 471 runs with a strike rate of 147, including three fifties.

Mohammad Nabi has had his moments against Ireland. He has scored 468 runs including two half-centuries. In addition he has trapped 15 Irishmen in his off-spin. He is the No. 1 all-rounder in ICC T20I Rankings for a reason.

Gareth Delany has been Ireland’s top all-rounder in the past 6 months. In 20 games he has scored 383 runs at 25.5 and scalped 16 wickets.

Hazratullah Zazai is the only centurion for Afghanistan against Ireland. His 162* is the second-highest score in the format. In all he has scored 360 runs with a strike rate of 209 against them.

Rashid Khan, the No. 1 bowler in ICC T20I Rankings, has taken 29 wickets at  7.2 against Ireland, including two four-wicket and as many five-wicket hauls. In the previous series between these sides, he became the first player in T20Is and second overall to take 4 wickets in 4 balls.

For Ireland, Boyd Rankin has been their wrecker-in-chief with the ball, taking 9 wickets 7 games.