Everything, barring the toss, went against Zimbabwe in the first Test. What happened in the T20Is was expected in Tests, but their performance was nowhere close. Pakistan outclassed them in all departments, winning the match comprehensively by an innings and 116 runs. That being said, it wasn’t a perfect game for Pakistan either. The mini-collapse in the middle-order gave them a headache, but thanks to Fawad Alam’s hundred that Pakistan recovered from the sudden downfall.

First things first, there are more chances of Pakistan batting only once and putting up a huge total, irrespective of the toss result. This means that the fantasy players should focus on picking more Pakistan bowlers.

Hasan Ali picked 9 wickets in the first Test. He used the new ball to devastating effects and then reverse-swung when it became soft. The pitch perfectly suits his style of bowling. Meanwhile, Shahid Afridi was impactful against Zimbabwe’s tail. To put things into perspective, Pakistan’s spinners didn’t have much role to play. To further bolster your chances of winning, you may also opt for Faheem Ashraf who also is handy with the bat: he has the highest score of 91 in Tests.

Now the main question beckons: which Zimbabwe batsmen to trust for fantasy points? Tarisai Musakanda was the only batsman for them to score over 50 runs across both innings, but there are talks that the regular captain is expected to return and might replace either Musakanda or Roy Kaia. However, picking Musakanda becomes a no-brainer if he is in the playing XI.

Brendan Taylor had an ordinary game, but he keeping wickets as well makes him handy in fantasy sports.

On the other hand, there are many Pakistani batsmen to choose from. Fawad Alam has been in the form of his life, and although Babar Azam has only two fifties in the last 10 innings in Tests, he is more likely to score the bulk of runs in the match. Imran Butt and Abid Ali batted with precision and focus against the new ball, although they batted when the pitch looked easier to bat on. It might not be the same case if Pakistan bat first.

Blessing Muzarabani was the only bowler from hosts to trouble the Pakistan batsmen. Two of his four wickets were of Fawad Alam and Mohammad Rizwan.

The pitch may be as slow as you get in the subcontinent, but it has a lot to offer for the pacers, especially with the new ball.

The only way Zimbabwe can push Pakistan on the back foot—if not edge past them—is by taking early wickets. Pakistan have a reputation of collapsing dramatically, and if Zimbabwe put pressure on them right away, we might get to see a thriller. Besides, Pakistan did slip a bit when they were reduced to 226 for 4 from 176 for 1 in the first Test. However, if Pakistan openers lay a strong platform, Zimbabwe’s chances of levelling the series will become bleak. 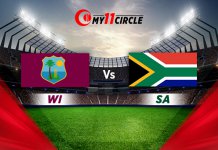 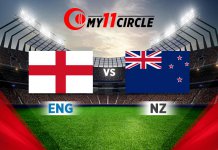 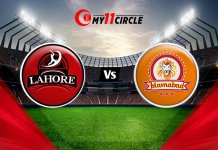