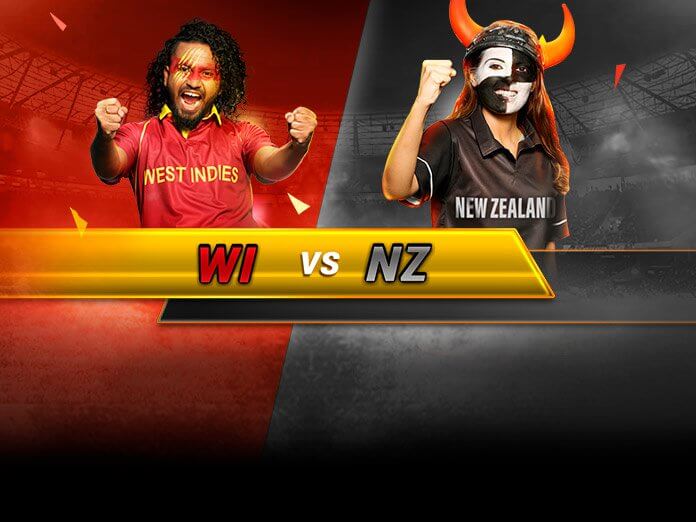 Old Trafford has been a paradise for batsmen this World Cup. India hammered 336 for 5 against Pakistan, and England then further upped the ante and blasted 397 for 6 against Afghanistan. With the weather getting better, bowlers are now less likely to taste success.

Russell has been limping for over a week now. To his dismay, he went for a duck in the last game. In case he continues to be unfit, West Indies are likely to bring back Carlos Brathwaite who has statistically performed better than Russell.

On the other hand, Gabriel is likely to lose his spot to Roach. Not only did Gabriel go wicketless but also was the most expensive bowler against Bangladesh.

West Indies have as many as five left-handers in their batting line-up. Given Santner’s left-arm spin does not have enough venom, he is likely to concede more runs. The likes of Gayle, Lewis, Hetmyer will send the ball into the orbit. Given the fact that the West Indies have a poor record against leg-spinners, New Zealand is likely to draft in Ish Sodhi.

After starting off the tournament with an emphatic win against Pakistan, West Indies have not tasted any success yet. They have four matches remaining, and if they lose even once, their chances of qualifying for the semi-finals will reduce to none. On the other hand, New Zealand has not lost yet, although they narrowly escaped defeat against Bangladesh and South Africa.

Kane Williamson, by the literal sense of the idiom, has been the leading from the front. South Africa pushed New Zealand on the doorstep of defeat, but Williamson was not the one to back down. He held one end up, and with the help of James Neesham and Colin de Grandhomme, took New Zealand to a spectacular victory, also scoring a hundred in the pursuit.

One of the primary reasons for West Indies’ downward journey this World Cup has been Chris Gayle’s form. He got starts against Australia and England but that was that. He could never make it big. However, a big hundred is due and it is about time it beckons in this match.

Lockie Fergusson has been New Zealand’s top wicket-taker. He has trapped 11 batsmen in his pace and swing, averaging 14.3. For West Indies, Oshane Thomas has taken the bulk of the wickets but the number reads as low as 7. If anything, it the bowling that has let them down.