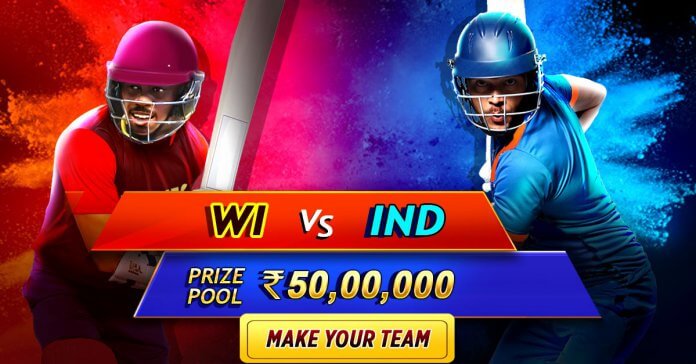 The pitch at Sabina Park offers something for everyone. Gary Sobers scored a triple-hundred. Rahul Dravid collected a hundred and three fifties in 4 Tests. Courtney Walsh sniped up 48 wickets at 18.6. Harbhajan Singh scalped 16 wickets at 22.6.

Make sure you balance your fantasy team with both spin and pace.

Not one West Indian batsman could score a half-century in the first Test. Ishant Sharma smothered them with a tight line and length in the first innings, while Jasprit Bumrah dismantled their defence in the second.

Meanwhile, their bowlers did all they could to push India on the backfoot but failed to maintain pressure throughout the match. They let Ajinkya Rahane off the hook on both occasions and had to pay heavily for it. To make matters worse, they bogged down when India launched an onslaught.

If West Indies continue to throw in the towel, the match prediction will remain the same. A win for India is on the cards. However, if West Indies play well as a cohesive unit like they did against England earlier this year, India will have to fight tooth and nail to stay in the contest. Will West Indies break the 17-year drought against India?

Keemo Paul is back to full fitness and will replace Miguel Cummins.

India won’t tinker with their winning combination. They will be hungry to add more points to top the Test Championship table.

How well-balanced was Ajinkya Rahane in the first Test. He didn’t flash a wide ball or check his shot on the up. He was there, right there where he needed to be – feet firmly planted, head aligned with his shoulders, elbow in sync with the bat, wrists in control. The outcome was 183 runs. To make matters more interesting, Rahane scored a century in 2016 at Sabina Park.

In the same match, Roston Chase took a five-wicket haul and scored a match-saving hundred on the fifth day. Given the way he performed last week, it is safe to say that he likes performing against India. If anything, he managed to dismiss a set Virat Kohli.

It was surprising to see Ravichandran Ashwin benched. Kohli was clear that he wanted to play the same team that won them the last Test of the Border-Gavaskar Trophy earlier this year. However, Ravindra Jadeja, as always is the case, did not disappoint. His 58-run at No. 8 helped India take a reasonable lead in the first innings. With the ball, he was as economical as ever.

The last time West Indies won against India in Tests was at the very venue, in 2002. Ever since, India have been thoroughly dominating the once feared team. 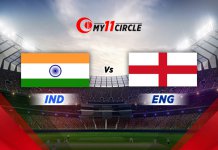