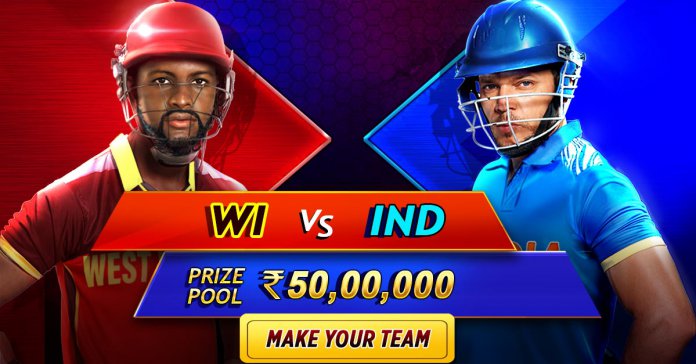 The last time an ODI was played at the Queen’s Park Oval was 2 years ago. The match was reduced to 43 overs due to rain interruptions. West Indies invited India to bat first and conceded 310. Kuldeep Yadav spun a web and restricted the hosts to 205 for 6.

However, the average scores at the venue do not encourage the batsmen, for they read 216 and 176 in the first and second innings respectively. Although the highest score registered is 413 for 7, the fact that India achieved it against the inexperienced Bermuda does not hold much significance.

India have won their last 6 matches at the venue, and the fact they they lost an ODI series to West Indies 13 years ago makes the match prediction easier. India are clear favourites, hands down. However, with one match already washed out, West Indies need one win to draw the series. India’s middle-order includes two inexperienced players, and in case West Indies manage to remove the top three soon, they will have a chance to put the No. 2 team under pressure.

It will be partly cloudy, so expect some seam movement for the fast bowlers.

Both teams would keep the same XI, as only 13 overs were possible in the opening ODI.

West Indies are Rohit Sharma’s favourite team to score runs against, having scored 1,237 runs at 61.8. However, so stunning has his form been in 2019 that he has smashed 6 hundreds this year – 5 of which came in the World Cup.

When West Indies toured India last year, Shai Hope and Shimron Hetmyer were among runes. While Hope steadied the innings, Hetmyer’s 259 runs came with a strike rate of 140.

In the same series, Kuldeep Yadav trapped the visitors in spin, taking 9 wickets in 3 matches.