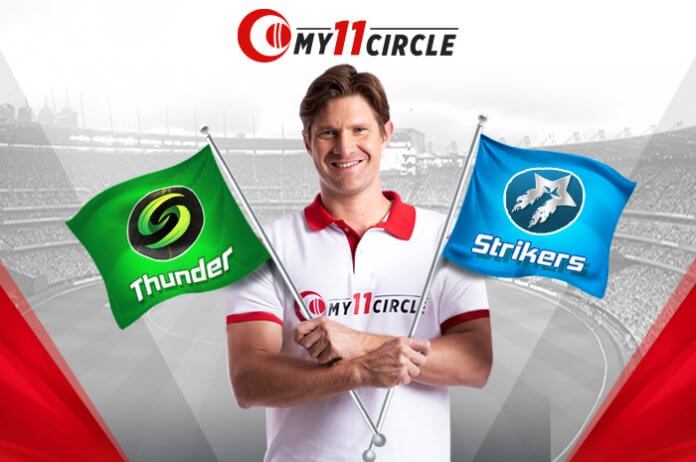 The average first and second innings scores at the Adelaide Oval read 168 and 154 respectively this season. The team batting first has won 5 of 7 matches, mainly because the average fall of wickets scales up from 5.4 in the first innings to 7.1 in the second.

Rashid Khan’s 12 of 18 wickets have come at the venue, suggesting that the pitch has favoured the spinners.

Alex Hales has scored as many as 341 runs in his last 7 innings, including 4 half-centuries. The key to his success has been his stroke play: he does not take the aerial route like he once used to, making sure he plays to the merit of the ball. He anyway hits the ball with tremendous power. All he has to do is find gaps without taking any risk.

Daniel Sams has the most lethal weapon in his armoury: change in pace. More importantly, he knows when to use which delivery – something many bowlers fail to understand. No bowler had ever taken 25 wickets in a season. Sams meanwhile is likely to reach a tally of 30 scalps.

Wes Agar has taken 11 wickets in his last 5 matches. He has both form and fortune on his side.

Jonathan Wells’ most runs have come at the venue. He may not be an explosive batsman, but he sure knows how to score runs consistently.

It is important that you pick death bowlers. We have already shed light on Sams. The other two you might consider adding in your team are Peter Siddle and Chris Morris. Both are among the top wicket-takers of the season.

There will be a fair amount of turn, and Travis Head won’t shy away from trying his off-spinners.

It’s a knockout, and anyone can succumb to pressure. That being said, the Strikers have the advantage of playing at home: they have won 4 of 7 matches at the Adelaide Oval this season.