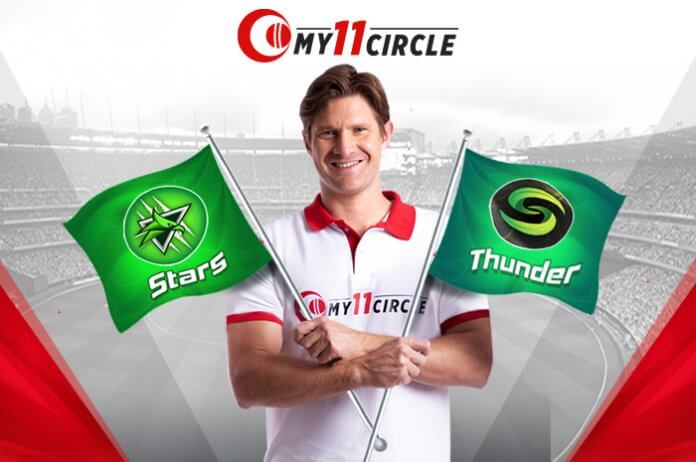 The average first and second innings scores at the MCG read 163 and 135 respectively this season. The team batting first has won 4 of 6 matches, suggesting that the pitch slows down as the match progresses. In the last three games, as many as 29 wickets fell in the second innings.

It has been a good hunting ground for the spinners: they have claimed 44% of the wickets.

Marcus Stoinis has scored 2 fifties and a hundred at the MCG. His 147* off 79 is the highest ever in the history of the league. More importantly, he bowled for the first time in the season against the Sixes and ended up taking the all-important wicket of Moises Henriques. The fantasy players have a more solid reason to make him a power player.

No bowler had ever taken 25 wickets in a season and Daniel Sams’ tally has already reached 30. He has gone wicketless only once in 16 games.

Adam Zampa has taken 10 wickets in 4 games at the MCG. He tosses the ball up and into the stumps, leaving the rough pitch to take care of the rest. In addition, the long boundaries make it difficult for the batsmen to go big against him. Win-win situation for Zampa.

Haris Rauf has taken 17 wickets at a remarkable strike rate of 10.8. To make matters more interesting, his hat-trick came the very venue. He gets enough reverse-swing at the death.

Chris Morris has taken 5 wickets and scored 35 runs in the last two matches, boasting of his all-round skills.

Jonathan Cook has peaked at the right time, taking 7 wickets in the last 3 matches. He will be eager to bowl on the MCG wicket.