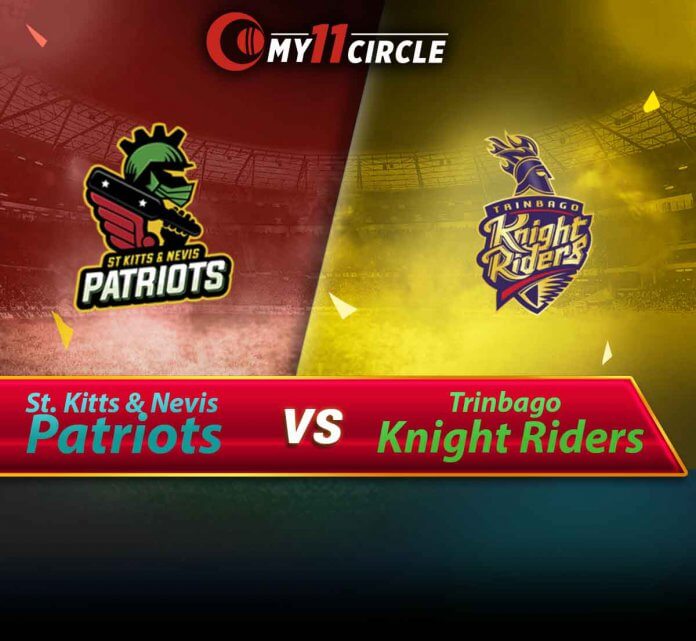 The pitch has not behaved the same since St Kitts and Nevis Patriots registered the second-highest chase (242 runs) in T20 history. The last two games especially saw batsmen struggling to find their feet in the first innings. That said, it is the torrid shot selection that led to low-scoring contests.

Passing showers are expected to interrupt the play.

Every time Evin Lewis scored a half-century the Patriots were at the doorstep of victory. He is the second-highest run-scorer of the series, having bludgeoned 175 runs in 5 matches with a strike rate of 176.6.

With 4 runs fewer than Lewis, Lendl Simmons is at the third position in the table. He missed his second T20 hundred by a mere 14 runs, against Jamaica Tallawahs.

Talking about missing out on hundreds, in the same contest, Colin Munro needed 5 off 2 to reach three figures. He, however, could manage a single run, putting Kieron Pollard on strike for the last ball of the innings.

James Neesham has a knack of taking wickets in heaps, and this trait of his has pushed him at the top of the bowling chart. His 8 wickets have come at an average of 15.2.

For the Patriots, Rayad Emrit has taken the bulk of the wickets (7).

The Knight Riders have won all four games, one of them being against the Patriots. They have performed consistently in all departments, and look set to defend the title. Meanwhile, the Patriots have managed to emerge triumphant only twice in six matches.