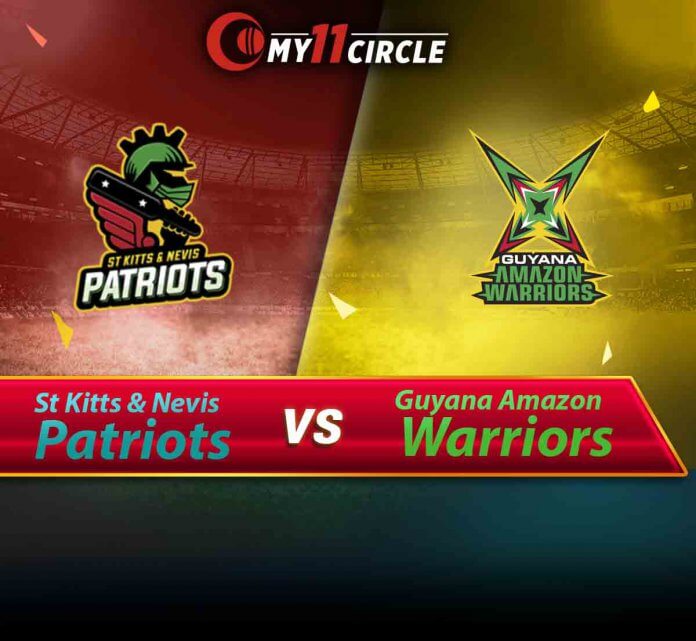 Rain might play spoilsport, but it won’t interrupt the game for long.

Both teams locked horns last weekend at Guyana. Devon Thomas’ fifty propelled the Patriots to a respectable score of 153, but it was never enough against a batting powerhouse such as the Warriors. Riding on Hetmyer’s unbeaten 70 off 47, the Warriors attained the target with 7 balls remaining.

In all, the Patriots have won only one of their four games thus far, while the Warriors have not tasted defeat yet.

After his first-ball duck against the St Lucia Zouks, Nicholas Pooran made amends with a spectacular innings of 61 off 30 including 3 fours and 5 sixes. He has been the player to watch out for since the World Cup.

The reason for the Warriors’ success is that they have had at least one half-centurion in the innings. Shimron Hetmyer and Chandrapaul Hemraj took the onus of scoring the bulk of the runs, keeping the innings together.

In the bowling department, Shadab Khan has been the wreck-in-chief for the Warriors. He has taken 7 wickets in 3 matches.

For the Patriots, only the top three – Devon Thomas, Evin Lewis, and Laurie Evans – have managed to score runs on a consistent basis. Meanwhile, Sheldon Cottrell’s absence due to injury has hurt them a lot.