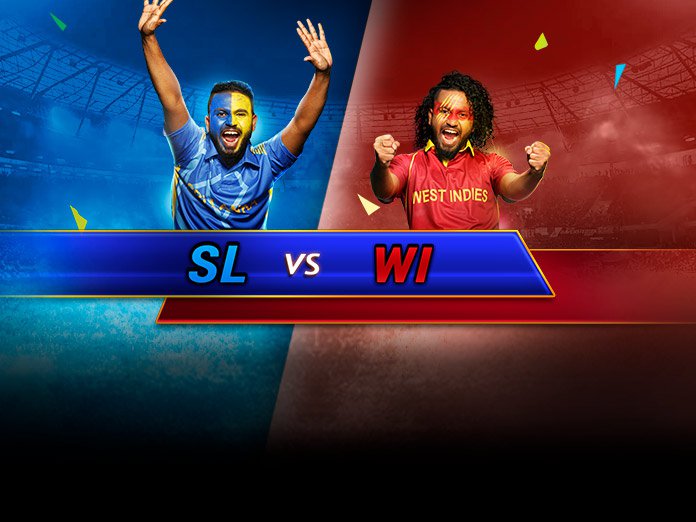 The pitch at Chester-le-Street is a belter, although Sri Lanka batsmen would disagree. They skittled out for a mere 203 despite getting a good start. South Africa then attained the target with 9 wickets in hand. Given West Indies’ recent ritual, it will be interesting to see what they opt for in case they call it right at the toss.

There’s very little chance of rain but the conditions are likely to be cloudy throughout the day. Expect the ball to move around and inflict a few edges.

Until the 1996 edition, West Indies maintained a clean sheet. Sri Lanka then got a walk over and have not lost since. The scoreline reads 4-2 in favour of West Indies.

The result of this match will not make any impact whatsoever in the race to reach the semi-finals. Sri Lanka and West Indies are already out of it, making Monday’s game nothing but a dead rubber. Both teams have played 7 games each, with West Indies winning one and Sri Lanka two. If anything, they will play for pride.

The journeys have been contrasting for both teams, although they have shared the same destination. West Indies thumped Pakistan to 105 all out and ever since have been on the wrong side of the result. Sri Lanka, on the other hand, started off with an embarrassing defeat against New Zealand but revived their hopes with an improbable win against the favourites England. The end result, however, has been disappointing for both sides.

The last time these teams met was in the 2016 Zimbabwe Tri-Nation Series. In fact, they have played only 9 completed ODIs since 2008, with Sri Lanka winning 7 times.

West Indies have nothing to lose, setting up a perfect opportunity for Chris Gayle. He hasn’t fired since his fifty against Pakistan. Monday might be the day he unleashes the beast in him.

In the bowling department, Sheldon Cottrell has been their rockstar. His 11 wickets have come at an average of 25.4.

Meanwhile, none of the Sri Lankan players has reached 200 runs and taken 10 wickets. Captain Dimuth Karunaratne and Kusal Perera have come good on few occasions but consistency has been their biggest concern. Avishka Fernando has been timing the ball spectacularly but that’s that: he plays an uncharacteristic shot and throws it away. To make matters worse, barring Lasith Malinga, no bowler has looked threatening.