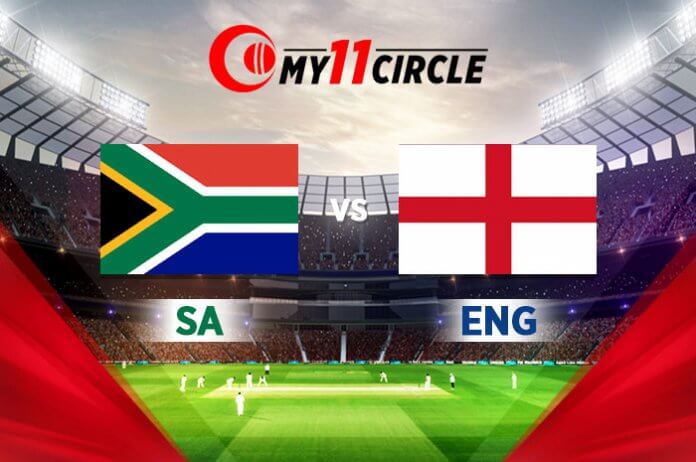 The pitch has enough pace and bounce to keep the batsmen on the backfoot. However, bowling first isn’t an ideal option as the chasing team has won only 27% of the ODIs here. It, hence, is better to have more bowlers from the team batting first in your fantasy teams.

Quinton de Kock has a phenomenal record against England in ODIs. He has smashed 3 hundreds (138*, 135, and 107) and as many fifties (98, 68, and 69) against the world champions in a mere 13 matches. If anything, these numbers make him the MVP in fantasy sports for tonight’s game.

Jonny Bairstow will be back at the top order, partnering up with the equally devastating Jason Roy. The pair has the highest average in ODIs – the main reason for England’s domination in the format. Given the nature of the pitch, they may not have to sweat much to fire on all cylinders.

Three-figure scores have been eluding Joe Root even in domestic cricket. He has been long dealing in 60s and 70s, failing to make it big. That said, half-centuries are more than handy in fantasy games. Against South Africa, he averages 49.5 in 13 games.

Adil Rashid has gone wicketless only once in the last 10 ODIs, taking 16 wickets overall.

Tabraiz Shami was the highest wicket-taker in the T20I series, although he gave away runs at an unreasonable rate.

To have an all-rounder such as Andile Phehlukwayo is often beneficial. He averages 30 with the bat and 31 with the ball.

Chris Woakes has taken 18 wickets in his last 10 ODIs, including 3 three-wicket hauls. In the three-ODI series against Australia in September, he had scores of 10, 26, and 53*.

Now that you have gone through the match prediction, Register or download the fantasy cricket app to form your best team and win exciting prizes online.