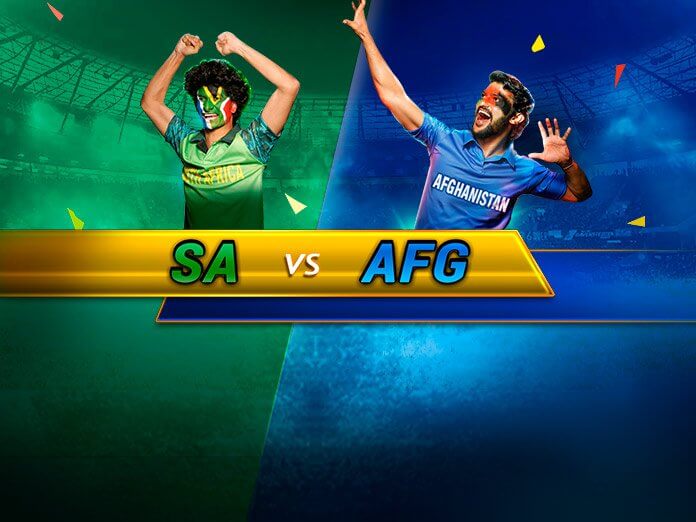 South Africa have already had an abandoned match, and going by the weather forecast, they might have to share one point each yet again.

The first two games at Sophia Gardens saw the Pacers dominating the batsmen, while the third game between England and Bangladesh produced as many as 666 runs. To put things into perspective, the pitch equally favors both batsmen and bowlers. However, it provides no room for errors. You’ll be punished before you know it.

Who has the upper hand?

This will be the first time when South Africa and Afghanistan lock horns in an ODI. They, however, had met in the 2016 World T20I at Mumbai, where Afghanistan scored 172 in reply to South Africa’s 209 for 5. In the current context, if Afghanistan put up a similar fight, the demoralized South Africans will remain winless in what has been a disastrous tournament for them thus far.

South Africa has a point after their name, but they have got it because of the abandoned game against West Indies earlier this week. Come to think of it, they were lucky that the rain rescued them from fourth consecutive defeat, that they were 29 for 2 in 7.3 overs when they walked back.

On the other hand, Afghanistan have been throwing away momentum at crucial junctures. They batted at a brisk rate against Australia but lost all wickets in 38.2 overs. Their bowlers dramatically reduced Sri Lanka to 201 all out from 144 for 1, but their batsmen failed to keep cool in the chase. Noor Ali Zadran and Hazratullah Zazai added 66 for the first wicket against New Zealand on a bowler-friendly track, but the remaining batsmen failed to capitalise the strong foundation and bundled out for 172.

Come to think of it, South Africa at least have a point, while Afghanistan are the only team whose bag is empty. A washout should put them out of misery, but the spectators will summon whoever god they believe in and pray that rain does not put a damper on their weekend plans.

So, who has the edge? By all means, the answer is South Africa. They have been down but not out. Faf du Plessis believes that the recent turn of events will only bring the team together. They still got Quinton de Kock to smash hundreds and Kagiso Rabada to scare the opposition with his pace. As far as Afghanistan are concerned, they will continue playing their fearless brand of cricket and enjoy whatever comes their way.