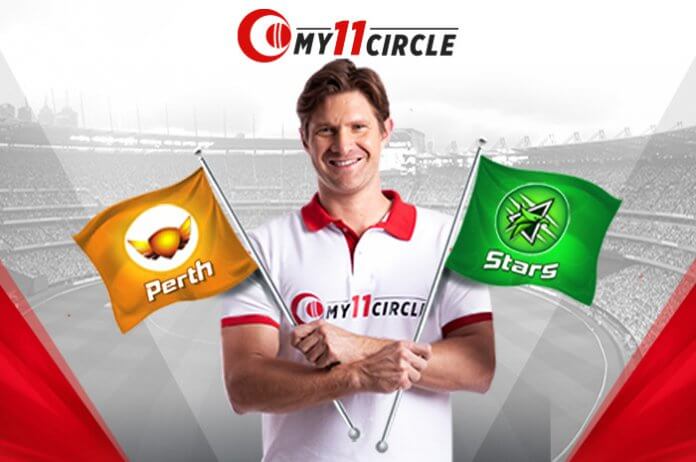 The average first and second innings scores at the Perth Stadium read 191 and 166 respectively this season. The team batting first has won all four matches. Power your fantasy teams with as many batsmen and all-rounders as you can.

Marcus Stoinis registered the highest individual score in the Australian T20 League, smashing 147 runs off 79 balls against the Sixers. He has been so spectacular that he has 129 runs more to his name than the second-highest run-scorer.

Haris Rauf has picked only two wickets fewer than the highest wicket-taker and that too despite playing 3 matches fewer. His 15 wickets have come at an average of 10.8.

Jhye Richardson did not have a promising start to the season, failing to take wickets as well as keep a lid on the runs. However, he has been on a rampage since the past three matches, taking as many as 9 wickets. He seems to have found his lost mojo.

This is a new Mitchell Marsh. He has not thrown away his wicket or looked rusty. He instead has been decisive and flourished especially when his team was in trouble. He is the second run-scorer, only after Stoinis.

The Scorchers will meet the table-toppers at the venue where they have lost when they batted second. The Stars, however, often choose to chase. Whether they will change their approach, is a question only time can tell. Toss will be crucial.