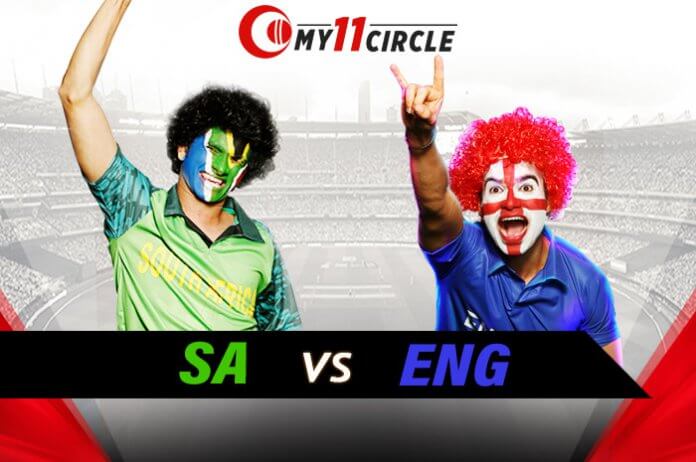 The pitch at The Wanderers Stadium is one of the finest in Test cricket, offering something for everyone. While the pacers get lateral movement throughout the game, spinners get into the thick of things from Day 3.

With 288 runs at 57.6, Ben Stokes is the highest run-scorer of the series. With the ball, he has managed to get the better of 6 batsmen.

Quinton de Kock’s efforts may have been going in vain for South Africa, but he has consistently been providing points in fantasy cricket. He has scored 265 runs and taken as many as 16 catches behind the stumps.

Joe Root has a century at the venue. More importantly, he has been bowling longer spells, especially when the ball loses its shine. The four-wicket haul in the third Test will remain one of the top highlights of the series: he dismissed de Kock, Faf du Plessis, Rassie van der Dussen, and Pieter Malan.

This is Vernon Philander‘s final international game, and there could not be a better venue to sign off things at. He has sniped up 39 wickets at 15.6 in 7 Tests, at The Wanderers Stadium, including two five-wicket hauls. With the bat, he has amassed 213 runs at 21.3, including a half-century.

Stuart Broad took 6 for 17 at the venue in 2016, at a phase when the match was evenly poised. Broad’s spell changed the equation, with England eventually winning by 7 wickets.

Keshav Maharaj is valuable in more ways than one on any given wicket. At Port Elizabeth, he followed his five-wicket haul with a fine knock of 71 runs. He is gradually transforming into a fine all-rounder.

Anrich Nortje has been stunning with the ball, taking 11 wickets this series. Like Maharaj, he too is handy with the bat and is South Africa’s first choice for night watchman.

All is not over for South Africa. They have one more match to level the series. However, given their form and fortune of late, they are unlikely to edge past England. At The Wanderers Stadium, they have won 17 Tests and lost 12.