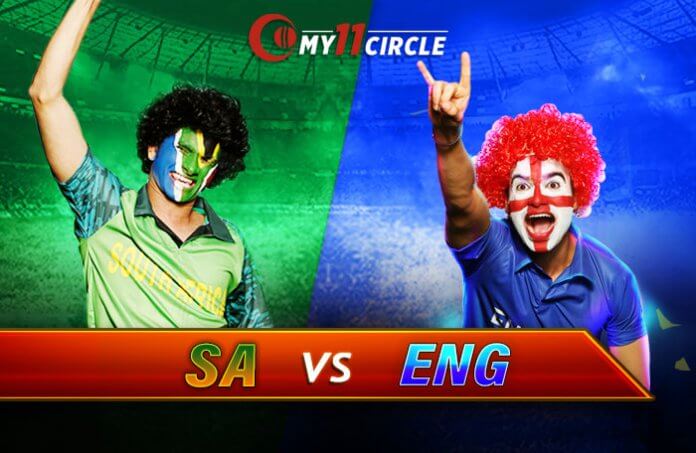 Batting gets tougher and tougher at The Newlands as the match progresses. The average score of 329 in the first innings drops down to 159 in the fourth. Toss will be crucial, as chasing in South Africa is an uphill task.

Quinton de Kock‘s knock of 95 runs in the first innings changed the course of the Centurion Test. He took the crease when the scorecard read 97 for 4. He soon lost his captain Faf du Plessis and South Africa pushed themselves further in trouble. Along with Dwaine Pretorius he upped the scoring rate and they gathered 87 runs for the sixth wicket, followed by another crucial partnership of 47 runs with Vernon Philander. De Kock was unlucky to miss out on a hundred: Sam Curran had him caught behind when he was on 95. He played another vital knock of 34 off 37 in the second innings, eventually receiving the Player of the Match award for his brave knocks.

From England, Rory Burns‘ knock of 84 runs kept them in the hunt. Continuing his rich vein of form from The Ashes, Burns gave his all to survive on a seamer-friendly wicket. Joe Denly was the other English half-centurion. Meanwhile, captain Joe Root failed to capitalise the good start he had.

Jofra Archer was the only bowler to take a five-wicket haul in the match. Not only did he rattle the batsmen with pace but also managed to swing the ball both ways.

There were as many as four bowlers who took a four-wicket haul: Kagiso Rabada, Stuart Broad, Sam Curran, and Vernon Philander.

Although spinners had very little turn on offer, Keshav Maharaj scalped two wickets – one of which was of the talismanic Ben Stokes at a crucial stage of the match.

Batting in South Africa is never an easy task. You have to resist your temptation of playing strokes. Either that or you need the class and confidence of Quinton de Kock. Otherwise, the pacers will feed on you before you realise it. The ball will swing anyway. The team who bats long and better will emerge victorious.