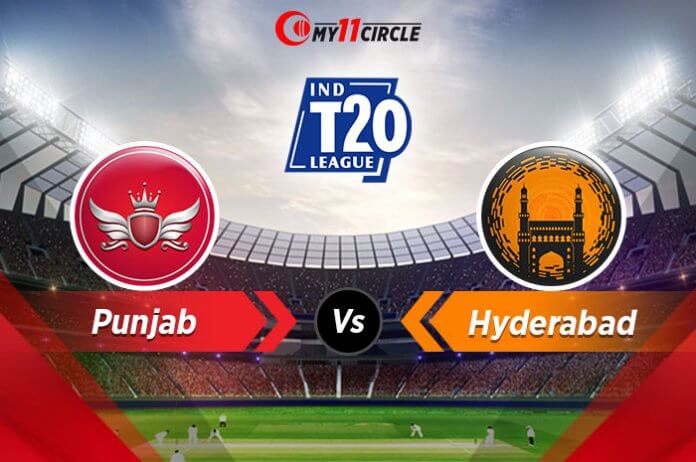 The average scores haven’t dropped below 150 runs, be it in the first or second innings. Three of the last four matches have been won by the chasing team.

In the previous game between these teams, Jonny Bairstow blasted 97 off 55 including 7 fours and 6 sixes. Overall, he has scored 326 runs at a strike rate of 129.

With 16 wickets in 10 matches, Mohammad Shami is the second-highest wicket-taker of the season. He has taken three consecutive two-wicket hauls. At Dubai, he has taken 8 wickets in 4 matches.

Having smashed 540 runs at a strike rate of 135.6, KL Rahul is the best batsman of the season. At the venue, he has one fifty in three games.

Rashid Khan’s best figures (3 for 12) came against Punjab. He has taken the bulk of the wickets for Hyderabad, picking up 12 wickets in 10 games. More importantly, he has given a mere 5.4 RPO – the lowest by a bowler who has taken 10 or more wickets.

David Warner has scored 115 runs in 4 matches at Dubai, including the highest scores of 52 and 48. As has been the case in the past 4 years, he is the highest run-scorer for Hyderabad.

Ever since Chris Gayle’s inclusion, Punjab have not lost a game. He has hit 106 runs at a strike rate of 134 including a fifty.

Mayank Agarwal has had a terrific tournament thus far. With 398 runs in 10 matches, he is the third-highest run-scorer of the season.

Nicholas Pooran’s form has scaled down Punjab’s heavy reliance on Rahul. He, however, plays only the attacking brand of cricket, irrespective of the situation. He has managed 295 runs at an outrageous strike rate of 183.

Jason Holder finished with figures of 3 for 33 in his very first match of the season. The benefit of having such players in your fantasy teams is that they bowl in the powerplay as well as at the death, increasing their chances of taking more wickets.

Manish Pandey fired on all cylinders against Rajasthan, scoring 83 off 47. It was his third fifty of the season, and is looking in great touch.

Go through the Player Fantasy Points and Selection Percentage before finalising your fantasy teams. For example, if a cricketer’s selection percentage is above 90%, you may have to think twice before leaving him out. Also, the best fantasy tip to further narrow down your choices is to check the captain and vice-captain selection percentage.