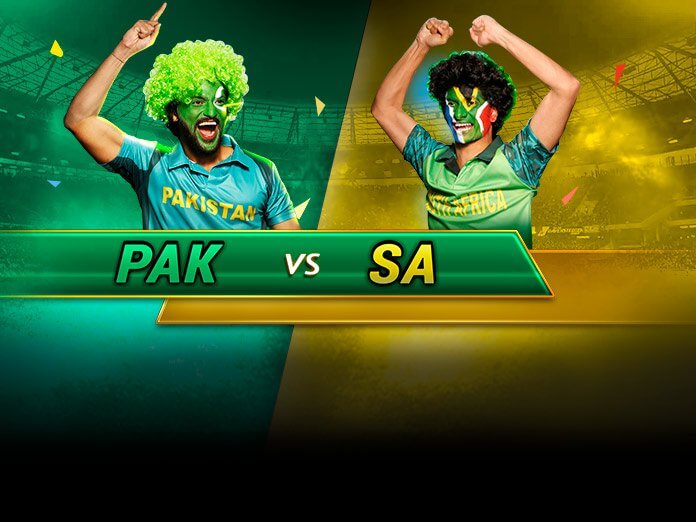 This is the first match at Lord’s this World Cup. Unlike other pitches, the one at Lord’s is likely to have its grass greener. Although the weather has gotten better in the UK, the dark clouds will continue to loom over in London, helping the pacers get some movement in the air. Expect both teams to power up their pace batteries.

Hasan Ali has not been able to emulate his player-of-the-tournament performance in the 2017 Champions Trophy. Not only has he managed a mere 3 wickets in 4 matches but also has been Pakistan’s most expensive bowler. Pakistan may draft in Mohammad Hasnain.

South Africa may bolster their middle order by adding the veteran JP Duminy in the mix. Whether it will be at the expense of Markram, is a question only time can tell.

All’s not over for South Africa yet. Statistically they are very much alive in the tournament. However, one more defeat will put the final nail in the coffin.

Pakistan too aren’t in a good position. Barring England, they haven’t beaten any team yet, and to make matters worse, all their defeats have been heavy, making their net run rate the worst. A win on Sunday, if anything, will repair their dented confidence.

Mohammad Amir by far has been the best bowler of the tournament. Although he has taken two wickets fewer than Jofra Archer’s tally of 15, he has achieved it in two innings fewer as well. He has taken two three-fors and one five-for thus far.

There isn’t much to talk about South Africa’s performance, but it is worth highlighting Chris Morris’ all-round efforts. He has taken the most wickets (9) by a South African and played a vital innings of 42 runs against India.

Pakistan were criticised for choosing to bat first against India. Although India blasted over 300 runs, there was something on offer for the fast bowlers – just that, except Amir, none of their bowlers could capitalise. They kept banging the ball short, giving ample time for the Indian batsmen to adjust their footwork. If they continue to do so against South Africa, the result will be the same.

Bowl consistently in the corridor of uncertainty, station slips, and let the ball to the talking. South Africa already have Morris who likes to bowl full and straight. Pakistan too will have to follow the same strategy and do away with experiments.