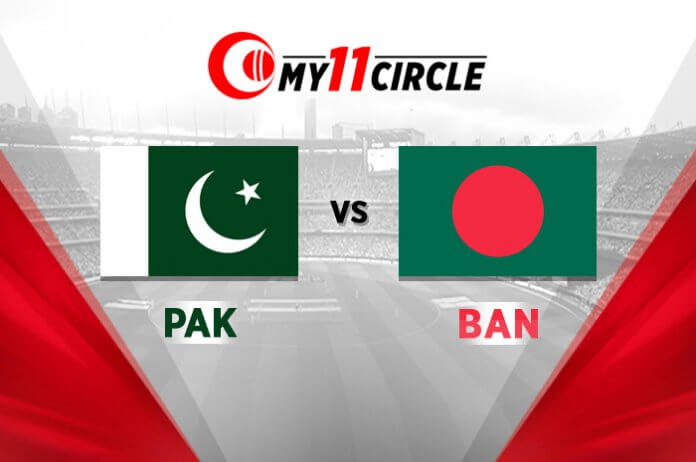 Although there will be enough purchase for the pacers, the pitch is expected to favour the batsmen throughout the match. However, toss will play a crucial role: the team batting first has won 5 of 9 games —  4 of which were innings defeat. Make your fantasy team wisely.

Bangladesh have an ordinary record against leg-spinners, making Yasir Shah a player to watch out for. He will get more and more spin as the match progresses. However, everyone’s well aware of his bowling abilities. After his hundred at Adelaide 3 months ago, batting skills are closely watched.

Azhar Ali followed his hundred against Sri Lanka with another one in the final of the Quaid-e-Azam Trophy. He has been Pakistan’s most consistent batsman in the format over the years, and is the only one in the squad to have a triple-century to his name.

Abid Ali‘s consecutive hundreds against Sri Lanka made headlines. His opening partner Shah Masood too was among runs. The duo will be expected to lay a strong foundation against a fragile Bangladesh bowling.

The onus of keeping the innings together will be on Bangladesh captain Mominul Haque and his deputy Mahmudullah. Both have been blowing hot and cold. There’s no better time to prove their mettle.

Bangladesh will be without their two best cricketers of all time and a mainstay pacer. To put things into perspective, all odds are against them. The fact that they lost all five Tests in 2019 makes matters worse for them.