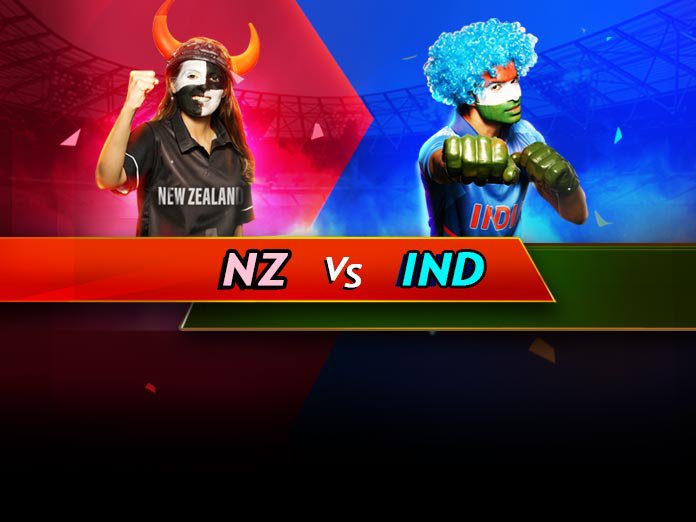 India men and women’s teams have sealed the ODI series, thoroughly dominating the New Zealanders in their own backyard. Be it in batting, bowling, or fielding, India muscled out the home team in all the departments.

India Women will now take on New Zealand Women for a three-T20I series, starting on Wednesday.

With the bats getting heavier, the bowlers find it difficult to put a plug on the runs. To further fan the flames, the grounds in New Zealand are relatively smaller. The Westpac Stadium is no different. The track here favours the batters. With the wind blowing across, the conditions are kind to the bowlers but only until the ball has its shine.

The average score in the first and second innings read 152 and 130. The highest total chased is 196 for 5 by New Zealand against England.

In the only innings Taniya Bhatia batted, she went for a two-ball duck.

New Zealand have two wicketkeepers in their ranks: Katey Martin and Bernadine Bezuidenhout.

Bezuidenhout kept wickets in the ODI series, but all she managed was 22 runs and 2 catches. New Zealand are likely to go with Martin who scored consecutive fifties Women’s Super Smash League. That said, one of them may also play only as a batter.

With Jemimah Rodrigues joining forces with Smriti Mandhana, India’s top order has gotten more lethal. The opening duo blasted 190 runs together in the ODI series opener in the pursuit of 193. Mandhana walloped her fourth hundred in the format, while Rodrigues remained unbeaten on 81. Both ended as the top run-scorers for India.

In the two innings captain Mithali Raj batted, she had scores of 63* and 9. She also became the first women’s cricketer to complete 200 ODIs. Another day, another milestone for the champ.

Given the top order did bulk of the work, Harmanpreet Kaur batted only once, accumulating 24. She now will lead the team in T20Is. India also have a newcomer in Priya Punia, another emerging star.

Amy Satterthwaite was at her usual best. She bludgeoned 168 runs, including two fifties. She, along with Suzie Bates, will play a crucial role in T20Is.

There are a plethora of all-rounders in both teams.

Deepti Sharma, like always, was effective with both bat and ball in the ODI series. She scored a fifty and scalped 4 wickets, maintaining an economy of 4.15.

Dayalan Hemalatha was unfortunate that she got to bat only once. It is unfair to judge her batting on one performance. She is handy with her off-spinners.

Anuja Patil has not played international cricket since the T20I series against England in November. India may play either Hemalatha or Patil, depending on the combination they want to dish out.

Sophie Devine was out of sorts in the ODI series. She got starts but failed to capitalise, and she could not do anything against the might of the Indian batters.

Amelia Kerr was instrumental with the ball in the third ODI, taking 2 for 43. However, she could have batted better.

Indian spinners Ekta Bisht, Sharma, and Poonam Yadav took 15 wickets between them in the ODI series. When all three went wicketless in the third ODI, India suffered an embarrassing defeat.

Shikha Pandey will spearhead the pace department, as Manasi Joshi will replace Jhulan Goswami who no longer plays the shortest format.

Of 13 wickets taken by New Zealand, Anna Patterson and Lea Tahuhu took 9 between them.