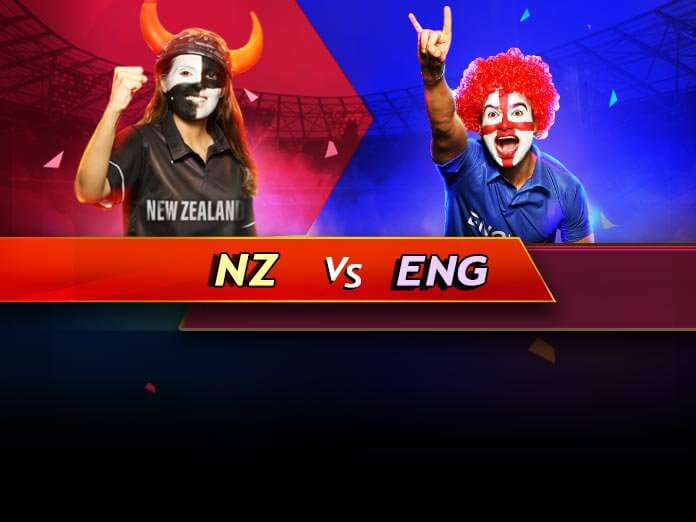 Rain is expected to drench London on Saturday, forcing the curators to keep the pitch under the covers. Good news is that Sunday is forecasted to be partly cloudy. Precipitation reads 16% but you never know what the weather throws at us. If you are a believer in God and an English or Black Caps fan, you know what to do. The atheists meanwhile can only hope.

The curators at Lord’s have dished out a new pitch. Going by the stadium’s reputation, the pitch is likely to favour the batsmen.

England bat deep, and if they bat first, they are more likely to post a 300-plus target. The same cannot be said for New Zealand. They like to play according to the conditions and merit of the ball. More importantly, they have a skilled bowling attack. They restricted India to 221 in the first semi-final.

Going by the World Cup trend, the team batting first has higher chances of winning the match.

England lost two matches without Jason Roy, and ever since his return, not only has England benefited but has also changed Jonny Bairstow’s approach. Bairstow scored two hundreds and a solid 34 since his reunion with Roy who himself has scores of 66, 60, and 85. Together they average 70 for the first wicket.

The most impressive of all the English batsmen has been the jovial Joe Root. He has scored 549 runs at a stunning average of 68.6. He needs 100 runs to dethrone Rohit Sharma from the top of the table.

Kane Williamson has scored a run fewer than Root, but he has been so spectacular that he is 213 runs ahead of Ross Taylor, New Zealand’s second-highest run-scorer.

The bowling departments of both teams are studded with top-quality pacers. The trio of Jofra Archer, Mark Wood, and Chris Woakes has taken 49 wickets between them, while trinity of Lockie Ferguson, Trent Boult, and Matt Henry has grabbed a wicket fewer.

While England have Ben Stokes, New Zealand boast of a superior all-rounder in James Neesham. Both have been scoring runs and scalping wickets at crucial intervals – the hallmark of true champions.

We will probably see only two spinners in the final: Adil Rashid and Mitchell Santner.

Rashid took a three-wicket haul in the semi-final, while Santner smothered India with his disciplined bowling.