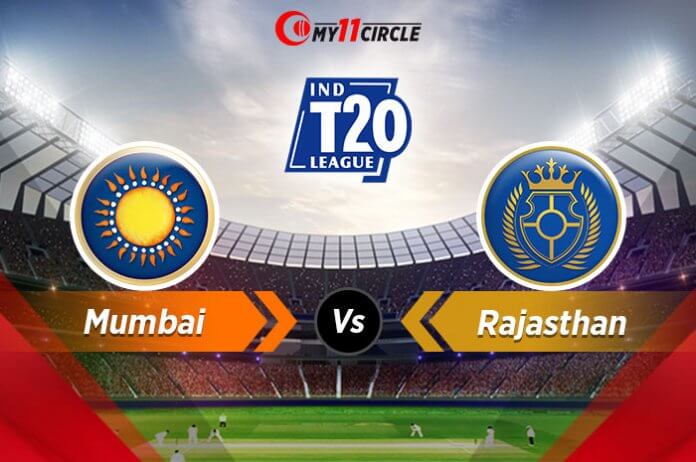 Of all the pitches in the UAE, the one at Abu Dhabi is the most sporting one. It equally offers something for everyone – batsmen, spinners, and pacers alike. The team chasing targets has won 50% of the matches.

Rohit Sharma has played a match-winning innings every second match, and both his big knocks came at the every venue: 80 off 54 and 70 off 45. He failed in the last match and this is the “every second match” we are talking about. There cannot be bigger evidence than these if you are to make him a power player in your fantasy cricket team.

Before the tournament, how many would have thought that Rahul Tewatia will be the MVP for Rajasthan? He has played a crucial role in every match this season: he took a three-wicket haul in the first, scored 53 off 30 in the second, took a crucial wicket of Nitish Rana in the third, and blasted 24* off 12 in the fourth. To add to the fire, he is also the joint-highest wicket-taker for his team.

Quinton de Kock has gotten out on the leg-side in all the matches. That may still continue to be a concern, but his fifty in the last match indicated that he was aware of his shot selection. Not to forget that he was the third-highest run-scorer of the previous season. You will often see his selection percentage on the higher side in Fantasy T20 Leagues.

Rajasthan’s batting heavily relies on the trio of Jos Buttler, Steven Smith, and Sanju Samson. While Buttler is yet to find his form from the last edition, Smith and Samson have not done anything significant since the first two games. If Rajasthan bat second, give it a long thought before making any one of the trios as your power player.

Trent Boult was adjudged Man of the Match for his impressive figures of 2 for 28 on a flat Sharjah wicket. He is also the joint-highest wicket-taker of the season. His 8 wickets have come at an average of 19.6.

Ishan Kishan has been in terrific form, becoming a key batsman in the middle-order. He continues the carnage that the top-order had started and then passes it on to the likes of Pollard. His scores this season read 99, 28, and 31.

Jofra Archer should have had more wickets to his tally. The batsmen survive his overs and then attack the bowlers at the other end. Perhaps, Archer’s numbers would read better if others bowl well in tandem. With the bat, he has hit 7 sixes in 4 innings.