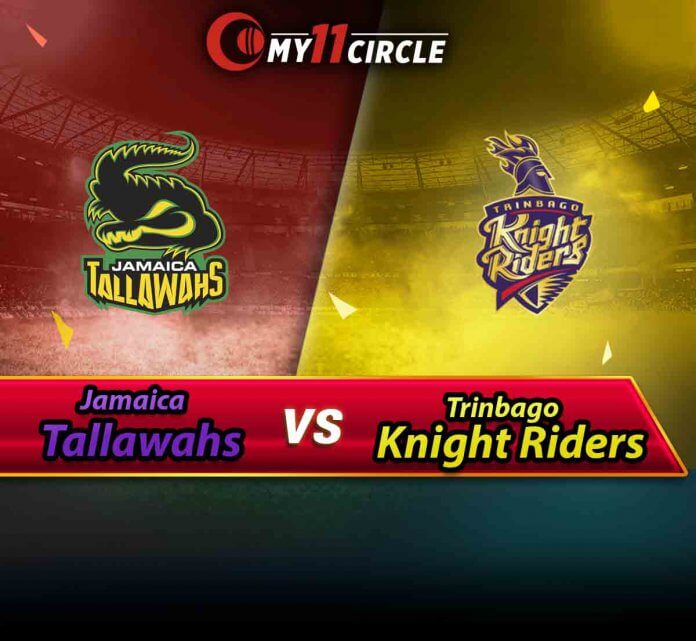 The Sabina Park has always been a Bermuda Triangle for the bowlers in the Caribbean Premier League. On Thursday, St Lucia Zouks chased down 171 with 5 wickets in hand against Jamaica Tallawahs. Wickets did fall at regular intervals, but the new batsmen took very little time to find their feet. Another high-scoring contest is on the cards.

There will be some dark clouds looming over throughout the day, but the game is unlikely to be interrupted by rain.

The Knight Riders have won all three matches, showing off why they are the defending champions. From batting to fielding, they have been clinical in all the departments.

On the other hand, the Tallawahs haven’t been up to the mark. Their bowlers especially have been ordinary, failing to keep a lid on the runs.

The Knight Riders, however, have already edged past the Tallawahs this season, and are well on course another victory.

James Neesham continued his spectacular form from the World Cup. He has picked 7 wickets, caught 2 catches, and steadied the ship when the Knight Riders were 20 for 3. He has played an all-rounder’s role to perfection.

Although Oshane Thomas has been conceding runs, he has managed to pick wickets at regular intervals. He has taken 7 wickets in his last 2 matches.

Chris Gayle followed his spectacular hundred with a first-ball duck. It was one of those bad days in the office.

After consecutive failures, Lendl Simmons finally found his mojo. It was his 39-ball 63 that set the tone for an easy win against the Zouks.