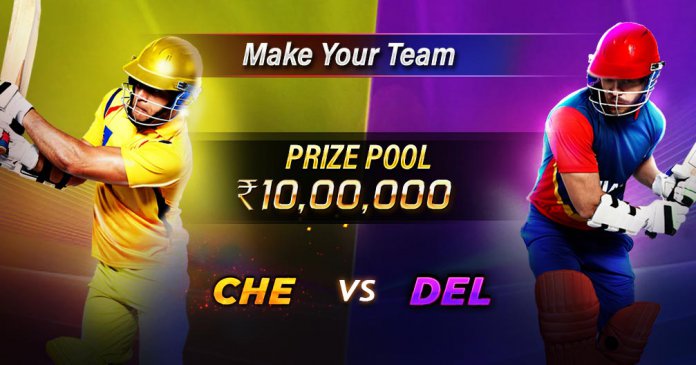 In the last contest at Chepauk, Mumbai handed Chennai their first defeat at the venue since 2013. The hosts were bundled out for a mere 109 runs in a chase of 156. They played without Dhoni, after all – in fact, in both matches Dhoni decided to rest, his team failed to reach the finish line. Lasith Malinga, the old warhorse, bagged 4 wickets.

The average first and second innings scores, at Chepauk this season, read 141 and 129 respectively. The team batting first has won four times in six games.

Dhoni and Jadeja were rested in the previous match due to illnesses. However, Jadeja was seen training on Monday evening, while there is no news on Dhoni’s availability yet. Murali Vijay will keep his place if Dhoni does not recover on time.

Both Chennai and Delhi have won 8 games in 12 matches, but the latter’s net run rate has placed them at the top of the table.

Bravo took a three-wicket haul the last time Delhi and Chennai locked horns. Thanks to Dhawan’s fighting half-century that Delhi managed a respectable score of 147 for 6. However, Watson’s breezy innings of 44 runs made the chase easier for Chennai, attaining the target with 6 wickets in hand and 2 balls to spare.

In the first 6 matches, Dhawan had managed a mere 152 runs at an average of 25.3 and strike rate of 116. Ponting complained that Dhawan needs to score runs quickly, and hence the southpaw had to up the ante. Since then, he has blasted 299 runs with a staggering strike rate of 151.1 in 6 matches, including four half-centuries. Whatever the head coach said must have motivated Dhawan. The numbers tell the story. His 486 runs have placed him at the fourth spot in the batting chart.

Chennai’s batters may not have been in form, but their bowlers – without an iota of doubt – have been putting up match-winning performances.

Tahir, with 17 wickets in 12 games, continues to be at the second spot, while Chahar is 4 places lower with 2 wickets fewer. For Delhi, Rabada has taken bulk of the wickets (25), so much so that he aces the list.