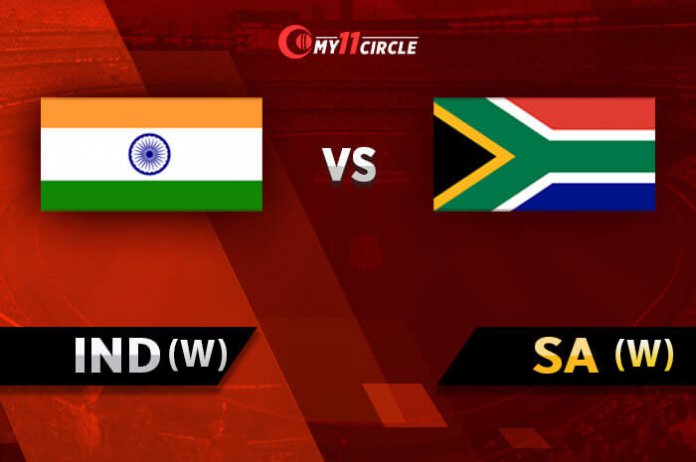 Batters had to toil hard to score runs in the first T20I, eventually producing a low-scoring affair. The pitch isn’t going to get any better for the second contest. The spinners, however, will be itching to trap batters yet again.

Heavy downpour is forecasted in the afternoon. Expect a slight delay.

Harmanpreet Kaur‘s 43 runs included only two fours, proving how slow the pitch was. However, it was her resilience that helped India win the match. Despite losing wickets at regular intervals, she made sure she keeps the scorecard ticking. The quick running between wickets propelled India to 130 for 8, a competitive score on such kind of pitches.

For South Africa, Mignon du Preez did the bulk of the scoring. She smashed 59 off 43 including 3 sixes. On another day, South Africa would have emerged victorious. The Indian spinners never let them off the hook, making it difficult to accumulate runs.

Deepti Sharma, especially, was spectacular. Her bowling figures of 8 for 3 fetched her the Player of the Series Award. Meanwhile, Poonam Yadav, Shikha Pandey, and Radha Yadav took 2 wickets each.

Shabnam Ismail is soon going to dethrone Megan Schutt from the top position in ICC T20I Rankings for bowlers. She dismissed the debutant Shafali Verma in the very first over and then got the better of Veda Krishnamurthy and Radha Yadav in the death overs.

The head-to-head counter reads 5-1 in India’s favour. The only way to beat them is by batting first and buying them under the pressure of chasing.