Going by the last three games, the average first innings score is 150 as compared to the second innings score of 127. Expect the dew to set in as the game progresses. However, in the opening match, 7 out of 11 wickets belonged to the spinners.

Unless an untimely injury occurs, it is tough to see the hosts tinkering with the playing 11.

If passed fit, Jason Holder could come into the playing 11.

Rohit Sharma blasted 40 off 19 balls in the opening game. He also averages 40 in his last six innings against the West Indies. Moreover, Rohit’s highest score against the tourists in T20 is 111.

Virat Kohli too enjoys playing against the West Indies. He has amassed 515 runs at 51.5, including the highest score of 94*.

Suryakumar Yadav’s brisk 34 was instrumental in helping India get over the line. In only 12 matches, he has scored three 50s and two 30s.

Nicholas Pooran was brilliant with his all-round stroke play in the previous match. He slammed 61 off 43 balls. Pooran can also give useful fantasy cricket points with his glovework.

Harshal Patel’s variations with the ball is likely to keep him amongst the wickets. He has had a good time at Kolkata, taking a two-for each in both games.

Yuzvendra Chahal has bagged five wickets in four outings against the West Indies.  Here’s how Chahal vs Kieron Pollard matchup looks in T20I: 83 runs and 5 dismissals.

Roston Chase made life difficult for the Indian batters with his off-spinners. He can also be a useful with the willow in the middle-order. He was the highest run-scorer (446 in 12 games) in the previous edition of Caribbean T20 League.

Although Akeal Hosein went wicketless in the previous game, he could play a big role in the powerplay. Recently, in the last T20Iagainst England, Hosein finished with figures 4 for 30.

The six-hitting champion, Kieron Pollard, may have been inconsistent, but he scored 105 runs in two innings on his previous T20I tour to India.

Both teams have clashed 18 times in the shortest format, out of which India have won 11 and West Indies 6. However, in their last 7 meetings, India have emerged victorious on 6 occasions. 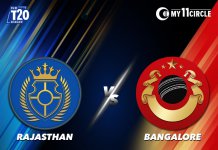 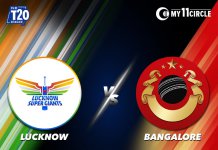 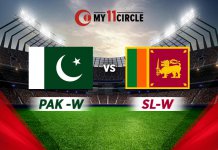