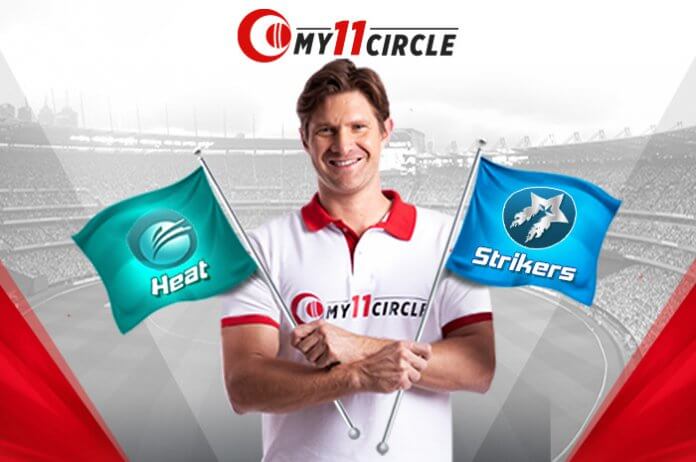 The average first and second innings scores at The Gabba read 148 and 137 respectively this season. The pitch gets rougher as the match progresses, helping the spinners catch the batsmen in a maze. However, in the previous game, Scott Boland pushed the batsmen on the back foot, proving that there’s enough for the pacers to flourish. Expect an even contest between the bat and ball.

AB de Villiers will make his BBL debut. He has been playing T20 cricket across the globe ever since he retired from international cricket. He made headlines especially during the English T20 League, garnering 348 runs in a mere 8 matches. In the South African T20 league, he finished as the third-highest run-scorer: his 325 runs came with a strike rate of 153 including 5 fifties.

Jonathan Wells has been time and again rescuing the Strikers. He has been so solid that he remained unbeaten in 4 of 8 matches. In all he has accumulated 3 half-centuries and has one score in the 40s.

Rashid Khan perished for a first-ball duck and went wicketless in his first match of the season. Ever since, he has grabbed 14 wickets and almost rescued his team with a spectacular knock of 40 runs.

Chris Lynn has been blowing hot and cold, but when he goes bonkers, he smashes the opposition to pulp. His highest scores read 94 and 88*.

Jake Weatherald is another top contender for captaincy or vice-captaincy. He is armed with a class-apart technique, helping him manoeuvre the gaps with ease. His 293 runs are the most for the Strikers.

Both teams have won 4 games in 8 matches, but the Strikers have a point more due to the abandoned match. However, with AB de Villiers playing for the Heat, their batting looks mightier than ever. The Strikers will have to bowl out of their skin to keep a lid on the runs.