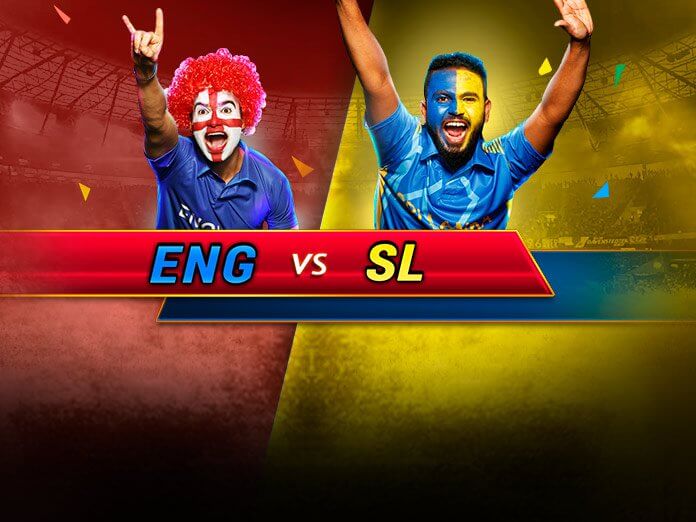 This is the first match at Leeds this World Cup. Going by the recent contest between England and Pakistan last month, it seems like a good pitch to smash runs. In reply to England’s mammoth target of 352 runs, Pakistan fell tantalisingly short by 54 runs. Of the 19 wickets that fell, only 5 belonged to the spinners.

Above all, the weather seems to be excellent throughout the day, with precipitation reading as low as 5%.

Until 2015, Sri Lanka was a better ODI team than England. What happened after that has been spectacular. England changed their dynamics so much so that they are the top favorites to lift the title. Sri Lanka’s journey has been on a downward spiral so much so that they have lost 65% of their ODIs since the last World Cup. They have been, if anything, lucky of late, for two of their five matches, was washed out, sharing a point each with Pakistan and Bangladesh. England, on the other hand, has lost only to mercurial Pakistan thus far. They need to win two of their remaining four matches to seal a spot in the semi-finals.

On the morning of the match against Afghanistan, Eoin Morgan did not look fully fit during in the fitness test. He elected to bat first, and it was assumed that he will yet again send Jos Buttler ahead of him. Nothing of that sort happened. He hammered as many as 17 sixes in his pursuit of 148 runs off 71 balls.

For Sri Lanka, barring Dimuth Karunaratne and Kusal Perera, none of their batsmen have figured out a way to survive in the English conditions. If England removes the opening duo with the powerplay, the match will be a half won.

With 367 runs in 5 matches, Joe Root is the second-highest scorer of the edition. Eoin Morgan did not even feature in the list until his blistering innings against Afghanistan. For Sri Lanka, Karunaratne (179) and Perera (159) have done the bulk of the scoring. Other batsmen have been so ordinary that Thirimanne’s 45 runs are the third most in the team.

The only way Sri Lanka can get the better of England is with their bowling, but this department too has been lacklustre. They have taken only 17 wickets in 3 completed matches – 10 of which came against Afghanistan, 7 against Australia, and none against New Zealand. Nuwan Pradeep and Lasith Malinga have taken 4 wickets each.

Jofra Archer, who wasn’t even in the reckoning for the World Cup squad at the start of the year, is their highest wicket-taker. He has pocketed 12 wickets at a stunning average of 18. With threw wickets fewer than Archer, Mark Wood is at the second spot.