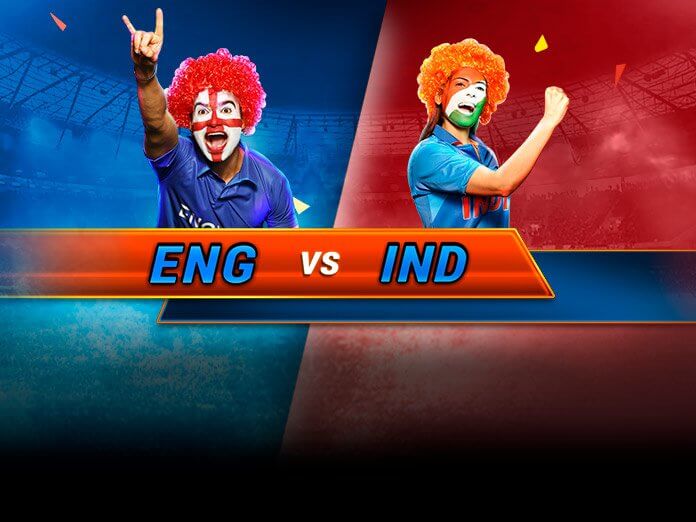 Virat Kohli had predicted that teams will find it hard to chase scores over 300 runs in the latter half of the tournament and that chasing 240 will be a challenging task. He could not be more right. At Edgbaston, New Zealand lost 6 wickets in a pursuit of 242 runs against South Africa and Pakistan, thanks to Babar Azam’s hundred and Haris Sohail’s onslaught, chased down 238 in the 50th over. Although England and India have swaggering batsmen at their disposal, they will have to play out of their skin to score runs at will on this pitch.

It is going to be cloudy throughout the day, although there is no threat of rain. Expect the ball to find more edges.

England seem confident that Jason Roy will be back to full fitness on Sunday. The decision, however, is likely to be finalised on the morning of the match.

Social Media is full of feeds regarding playing Rishabh Pant in place of Vijay Shankar. Given India’s middle-order woes, we might see Pant make his World Cup debut. On the other hand, India need a batsman after Pandya – someone who can bat with conviction if India’s batsmen fail. Adding Ravindra Jadeja in place of Kuldeep Yadav might solve the problem: he has good numbers against and in England. Mind you, he was the highest wicket-taker in the 2013 Champions Trophy.

Neither Jasprit Bumrah nor Yuzvendra Chahal nor Kuldeep Yadav is India’s highest wicket-taker in ODIs this year. The honour belongs to Mohammad Shami who has taken 25 wickets. He was added in place of the injured Bhuvneshwar Kumar, and if anything, it has been a blessing in disguise. Shami now has two four-wicket hauls in consecutive matches. At this rate, he will be the highest wicket-taker in all World Cups.

Although Virat Kohli has not yet reached the three-figure mark yet, his four fifties in five matches have pushed India on the doorstep of victory. We might as well see Kohli raise his bat to acknowledge the crowd for his 42nd ODI hundred.

Joe Root may have failed against Australia earlier this week, but he still remains England’s MVP. Before that match he had scored 432 runs in 6 matches.

In the bowling department, Jofra Archer rules with his 16 wickets. He wasn’t even considered before the tournament and he himself revealed that he is playing World Cup four years earlier than he thought he would. Look where he, the highest wicket-taker for England, is now.