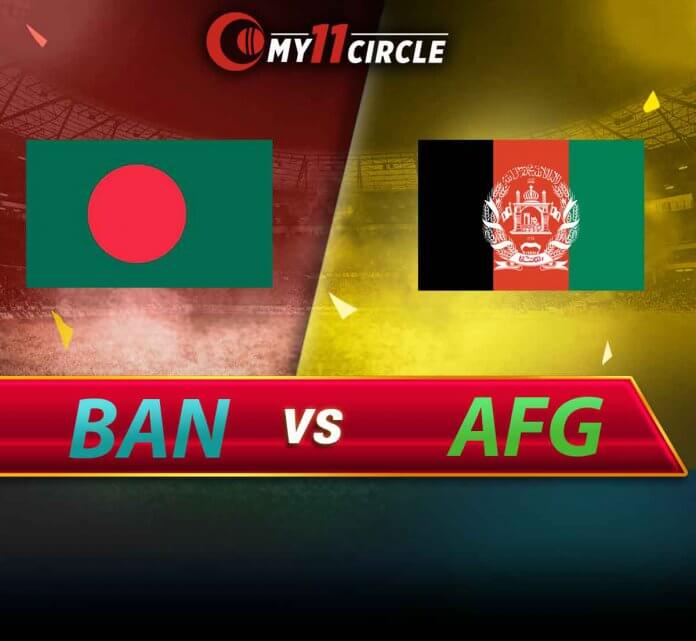 Najibullah Zadran and Mohammad Nabi had fun hitting 7 sixes in 7 balls together. They found nothing wrong with the pitch. The bowlers, however, may find it discouraging.

With both teams boasting of solid batting line-ups, a high-scoring contest is on the cards.

It will be hot and humid in the evening in Dhaka. The dew factor will force the captains to choose to bat first.

Both teams registered victories Zimbabwe, although Bangladesh were rescued by Afif Hossain from 60 for 6 to 142 for 7.

Afghanistan, nonetheless, are ahead in the head-to-head contests, winning 3 of 4 T20Is against the hosts. All victories came in the three-match series in Dehradun last year.

Shakib Al Hasan had a forgettable outing in the tournament opener, scoring a mere run and conceding 49 runs without taking a wicket. It, however, is unlikely to happen again. The Bangladeshi stalwart is experienced enough to know how to make amends.

The newcomer Afif Hossain was Bangladesh’s hero on Friday, saving them from an embarrassing defeat against Zimbabwe. Bangladesh were stuttering at 60 for 6 in 9.3 overs. It was his spectacular 52 off 26 that rescued the home team. Mosaddek Hossain played second fiddle, remaining unbeaten on 30.

Mohammad Saifuddin was the pick of the bowlers, taking 1 for 26. The pacer bowled right lengths to keep the scoring in check.

Afghanistan, on the other hand, displayed a clinical performance. Rahmanullah Gurbaz laid the foundation with an innings of 43 off 24. Najibullah Zadran (69 off 30) and Mohammad Nabi (38 off 18) then took over and propelled Afghanistan to a massive score of 197 for 5.

In the bowling department, the captain Rashid Khan and Fareed Malik took 2 wickets each and halted Zimbabwe at 169 for 7.