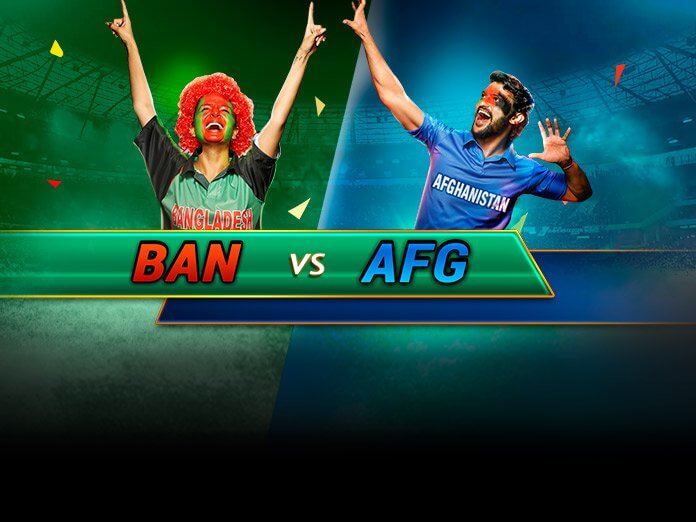 The pitch at Dhaka did not, as often is the case, look like a batting-friendly one until Najibullah Zadran and Mohammad Nabi walloped 7 consecutive sixes between them, shooting the score to 197 in 20 overs. It was a display of sheer power. Otherwise, it is a 160-run pitch on which the batsmen have to toil hard to keep up the scoring rate.

Chances of rain are bizarrely high in the afternoon, with thunderstorms forecasted to make matters worse. Expect a slight delay due to wet outfield.

This is Rahmanullah Gurbaz‘s maiden international series and he is already the joint-highest run-scorer. His 133 runs have come with an impressive strike rate of 134.34. In other news, he is only 17. Talk about the talents at Afghanistan’s disposal.

After a hat-trick of failure with the bat, Shakib Al Hasan finally made amends. Had it not been for his 70*, Bangladesh would have lost both their matches against Afghanistan in the series. With the ball, however, he has not been the wily fox he’s known for, having taking 4 wickets and conceding 7.43 RPO.

Mohammad Nabi has had two spectacular moments in the series: 4 consecutive sixes and 84*. Having one more in the final should seal the deal for Afghanistan.

Mujeeb Ur Rahman and Mohammad Saifuddin are the joint-highest wicket-takers (7) of the series. More importantly, they have given away runs at less than 6.5 RPO. Rashid Khan has taken a wicket fewer.

Afghanistan not only look more confident but also boast of a balanced side. On the other hand, Bangladesh have not been able to play as a cohesive unit, often struggling at crucial stages. We are in for a crackerjack of a finale.