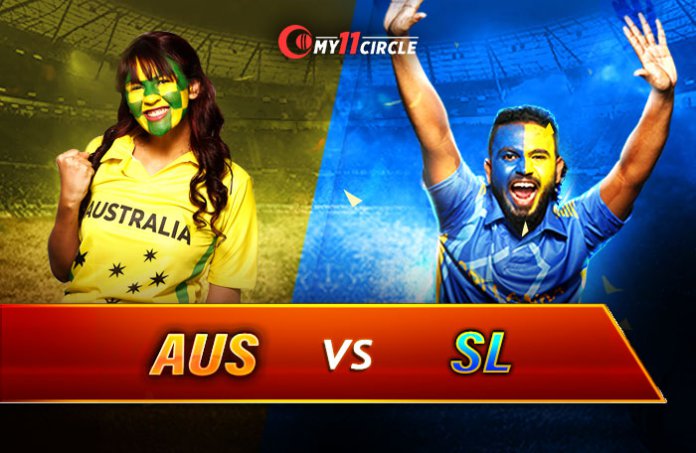 The average first and second innings scores read 178 and 152 respectively at the venue. While the lowest registered score is 114, the highest chased is 161 for 4 by Australia against South Africa. To put everything in perspective, the pitch favours the batsmen.

Only 4 players got to bat – of which 1 played only a delivery. Such was the top three’s dominance on Sunday that Steven Smith never took the crease.

Sri Lanka dropped the likes of Avishka Fernando, Niroshan Dickwella, and Isuru Udana for the series opener. Whether they will keep the same XI or change the team composition, is a question only time can tell.

Glenn Maxwell batting at No. 3 has made matters worse for Sri Lanka, giving no time for their bowlers to find right lines and lengths. Before him come the devastating pair of David Warner and Aaron Finch. While Maxwell has scored the most hundreds (3) for Australia and Finch has the highest T20I score (172) to his name, Warner finally scored his maiden T20I century on Sunday.

None of the Sri Lankan batsmen could get going, but they will take it on the chin and move on. Danushka Gunathilaka, Bhanuka Rajapaksa, and Wanindu Hasaranga, who starred on the Pakistan tour, will be itching to make amends.

Although Sunday’s loss was embarrassing for Sri Lanka, it was only their second defeat in seven matches Down Under. For that matter, they have never lost a T20I series in Australia.

On the other hand, the home team were spectacular in all the departments. The batsmen posted a titanic score and then the bowlers wrapped up the matter by a margin of 134 runs.

Sri Lanka will have to reminisce about their recent victory over Pakistan, the No. 1 team in T20Is and draw some confidence. If anything, it was their bowlers who let them down in the first match. They couldn’t find their lengths when David Warner launched an onslaught. And if at all Australia bat first again, Sri Lanka might face the same fate.